Rob Allegra founded Allegra Homes in 2008 with two goals in mind: He wanted to start a business that he could eventually run with his sons, and he wanted to help move his friends and neighbors into their dream homes. Now, Allegra Homes is consistently recognized by the Building Industry Association as best in its category. We are passionate about building beautiful custom homes in Sarasota.

Allegra Homes got its start West of the Trail, in the area south of Downtown Sarasota where Rob and his family have lived for over 20 years. The company has since expanded having completed homes on Siesta and Bird keys. Starting in 2016, Allegra Homes began building homes East of the Trail.

Rob lives by the quote: “Integrity is what you do when no one is watching.” It’s reflected in the homes he builds, which all meet the high standards he’d set for his own family’s home. In fact, Rob considers his customers like family, and knows that to be a good builder, you have to be equally as excited about the finished product as your customers are.

Rob, a trained civil engineer, has been building quality homes in Southwest Florida since 1986. As Division President for US Homes and Lennar, Rob helped the company become the area’s largest homebuilder. He was responsible for the development of several celebrated residential communities, including Stoneybrook of Palmer Ranch, Stoneybrook of Venice, Heritage Oaks of Sarasota and Heritage Harbour of Manatee.

Rob’s passion for his family is apparent in the homes he builds, which are crafted with family in mind. He loves spending time with his wife, Kristi, his three children and two step-children (Michael, Jackie, Joe, Michael and Alexander), and their two dogs.

Allegra Homes is a proud member of the Sarasota County community, and its dedicated to giving back. Rob has been involved with youth athletics since 1999. His sons Joe, Michael and Alexander each played Cal Ripken baseball, and Allegra Homes has sponsored many teams within the league. 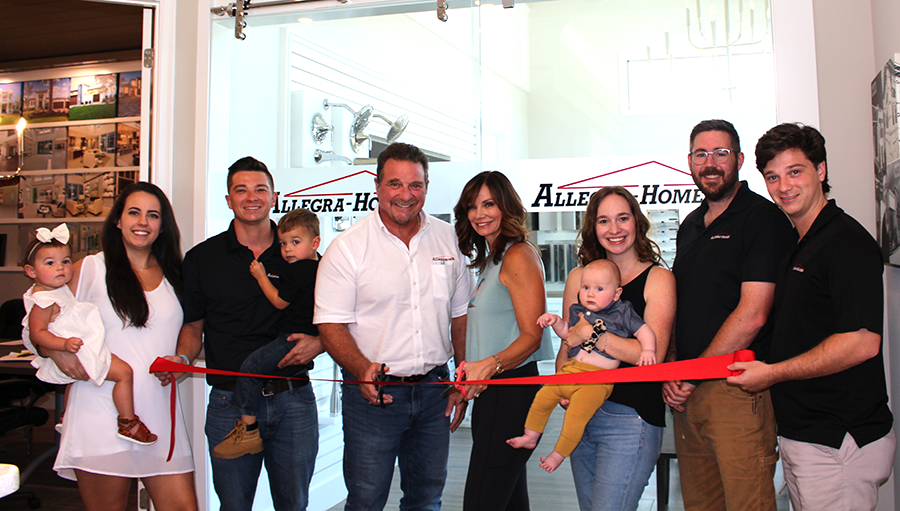